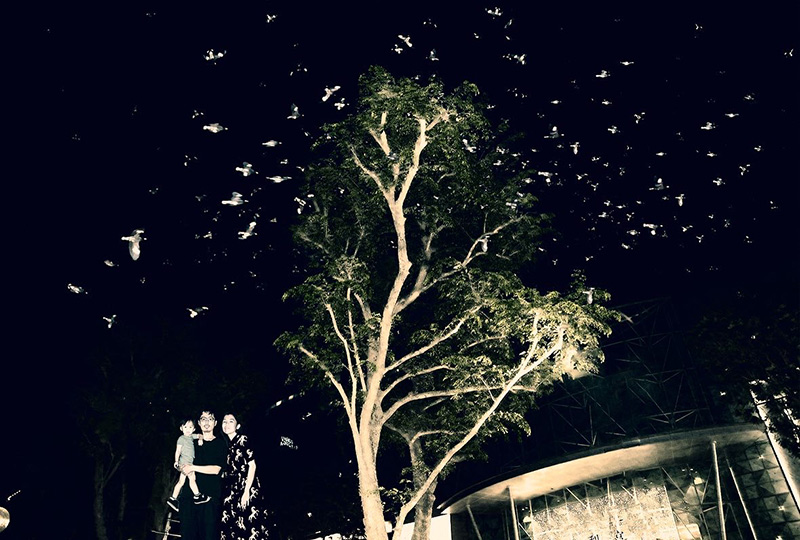 Sundown at Orchard Road in Singapore is marked by a massive flurry of mynahs coming to roost. Over the years, business-owners have taken measures — including deploying a hawk to prey on the birds — against the mynah population, mostly in vain. In the 1980s, a group of local nature lovers formed the Singapore Javan Mynah Society, hoping to turn the roosting event into a tourist attraction. The society led tours out to Orchard Road to witness the roosting, which they marketed as “a spectacular natural phenomenon in the heart of the city”. They also sold merchandise such T-shirts, toys and postcards.

This tour is an attempt to revisit the tours and consider the Javan Mynas as one of the most successful species to be able to form a symbiotic relationship with urban Singapore. The tour comprises a phototaking experience where participants will receive a photograph and certificate for their participation in the tour. 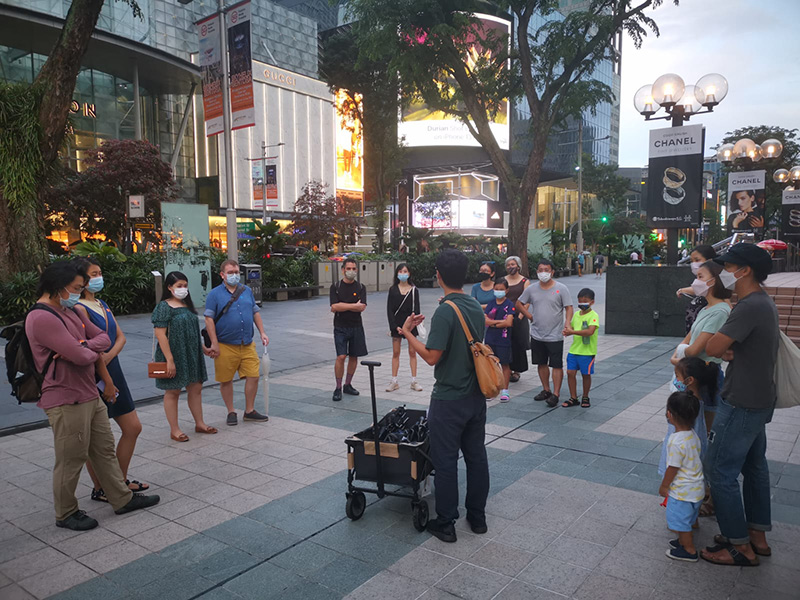 Javan Mynah Tour, Orchard Road, 2022. Participants are seated down in the evening, waiting for the arrival of the Javan Mynahs. 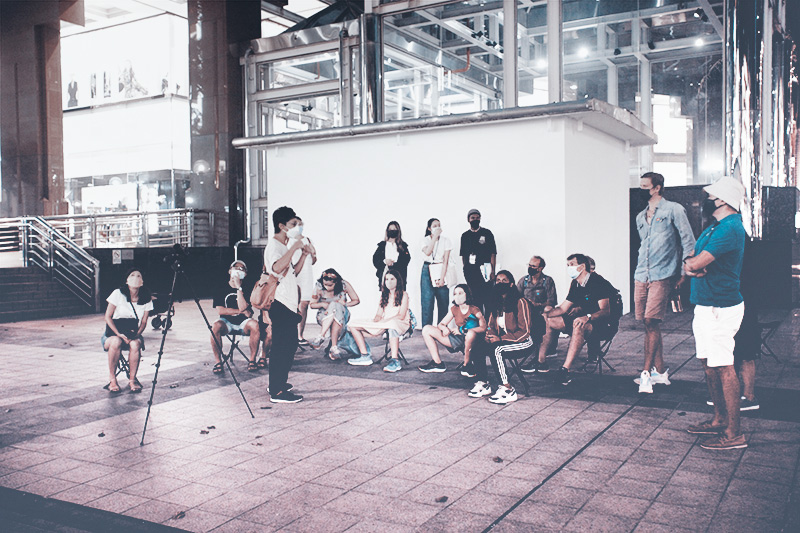 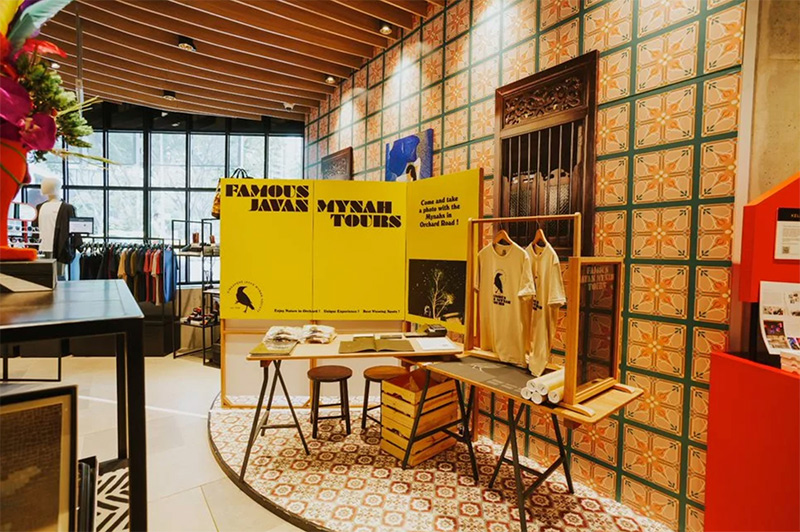 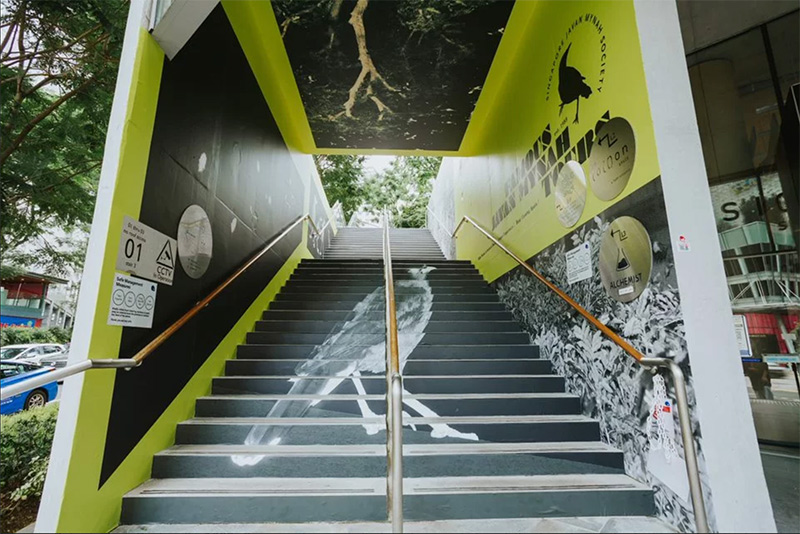 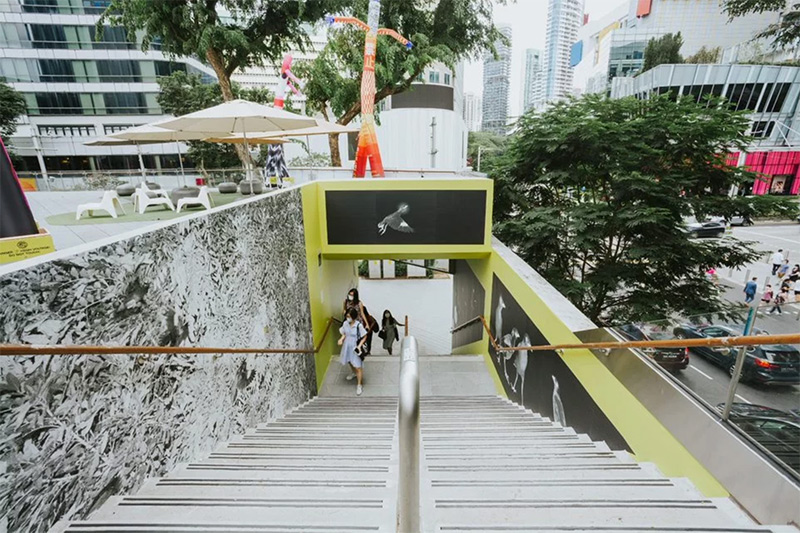 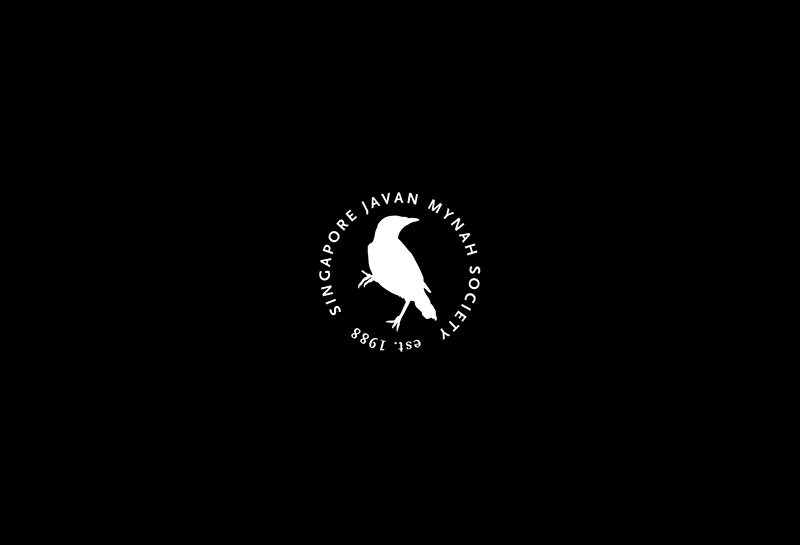 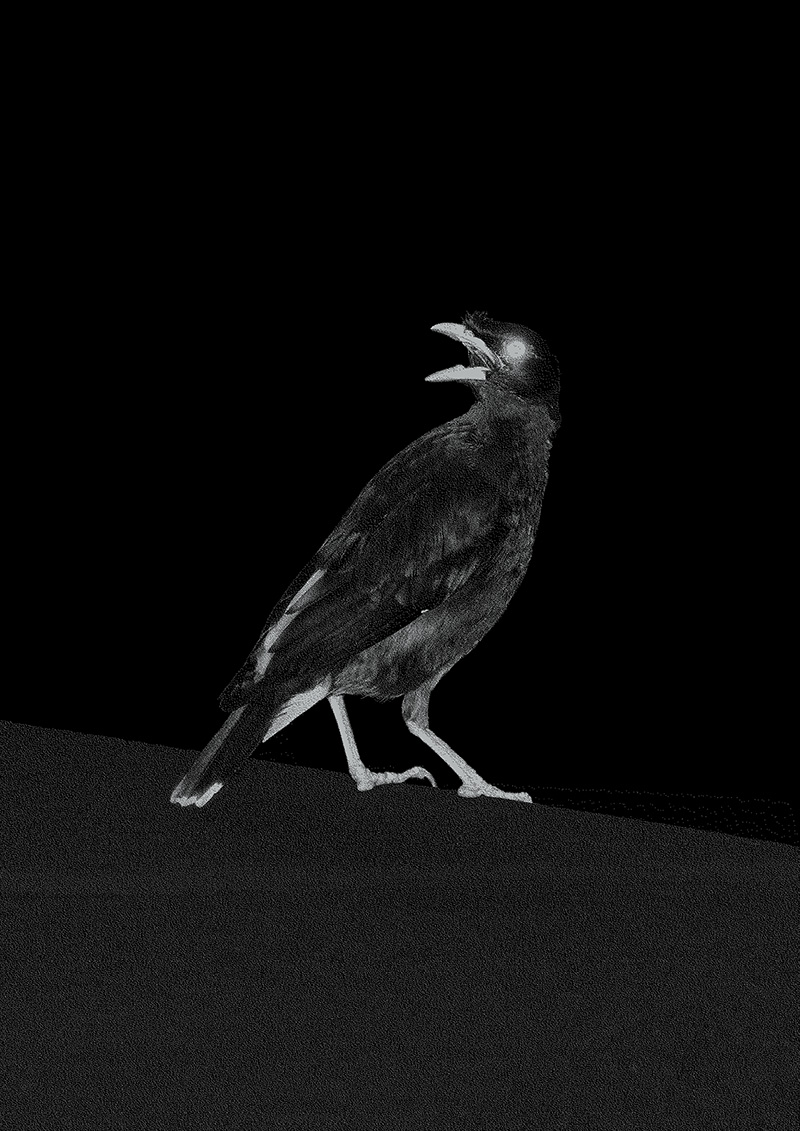 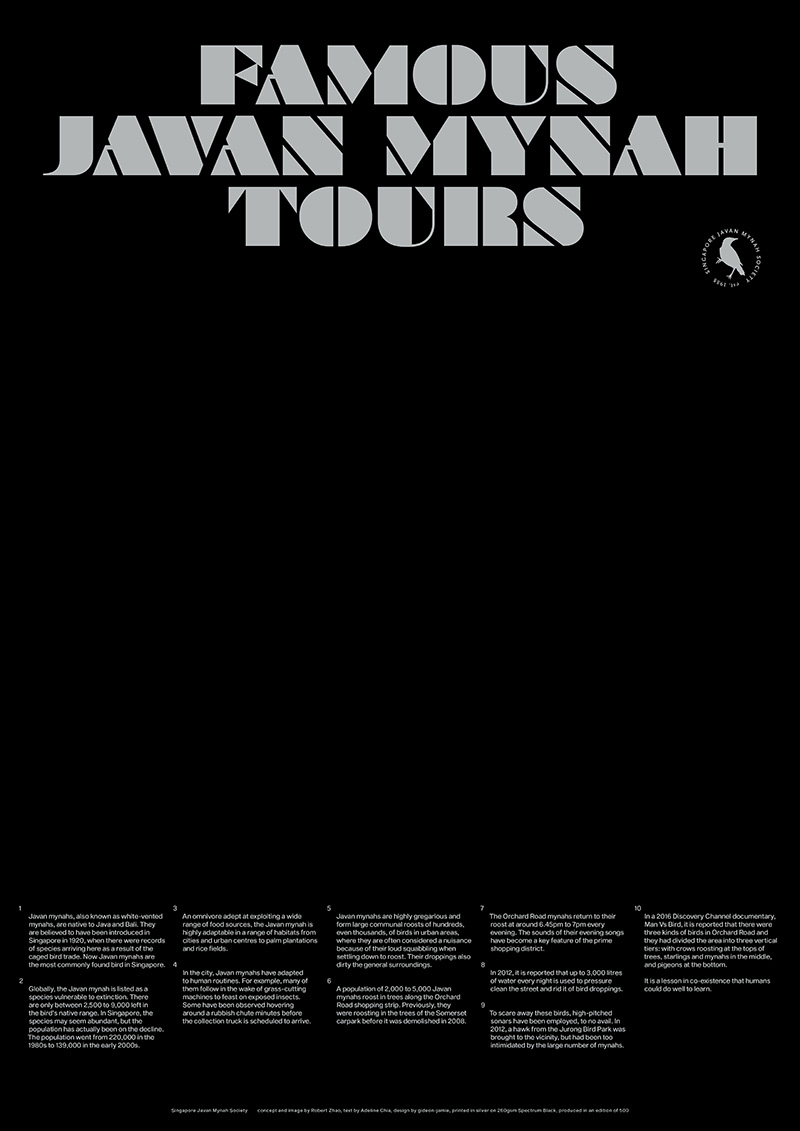 Javan mynas, also known as white-vented mynas, are native to Java and Bali. They are believed to have been introduced in Singapore in 1920, when there were records of species arriving here as a result of the caged bird trade. Now Javan mynas are the most commonly found bird in Singapore.

Globally, the Javan myna is listed as a species vulnerable to extinction. There are only between 2,500 to 9,000 left in the bird’s native range. In Singapore, the species may seem abundant, but the population has actually been on the decline. The population went from 220,000 in the 1980s to 139,000 in the early 2000s.

An omnivore adept at exploiting a wide range of food sources, the Javan myna is highly adaptable in a range of habitats from cities and urban centres to palm plantations and rice fields.

In 2012, a hawk from the Jurong Bird Park was brought to the vicinity, but had been too intimidated by the large number of mynas.

In a 2016 Discovery Channel documentary, Man Vs Bird, it is reported that there were three kinds of birds in Orchard Road and they had divided the area into three vertical tiers: with crows roosting at the tops of trees, starlings and mynas in the middle, and pigeons at the bottom. It is a lesson in co-existence that humans could do well to learn.