trying to remember a tree

Trying to Remember a Tree III, The World will Surely Collapse, 2017

The oldest coconut tree in Singapore 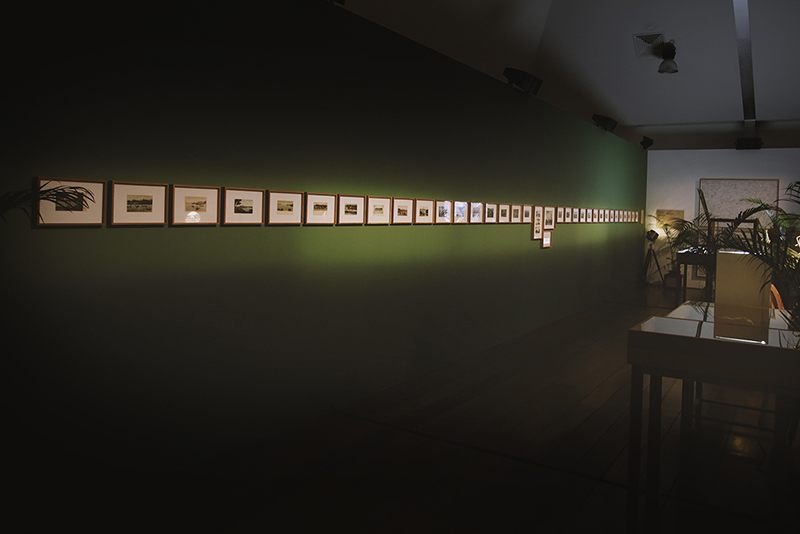 Collection of 150 postcards of Singapore's oldest tree via photographic evidence. 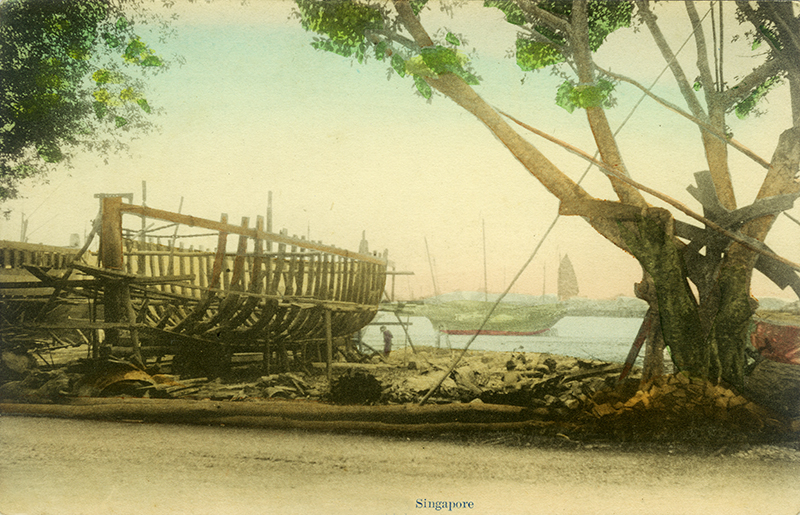 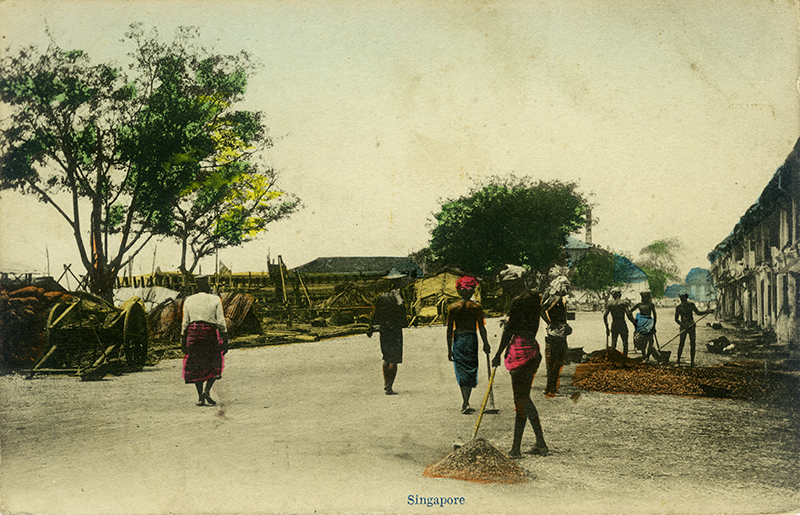 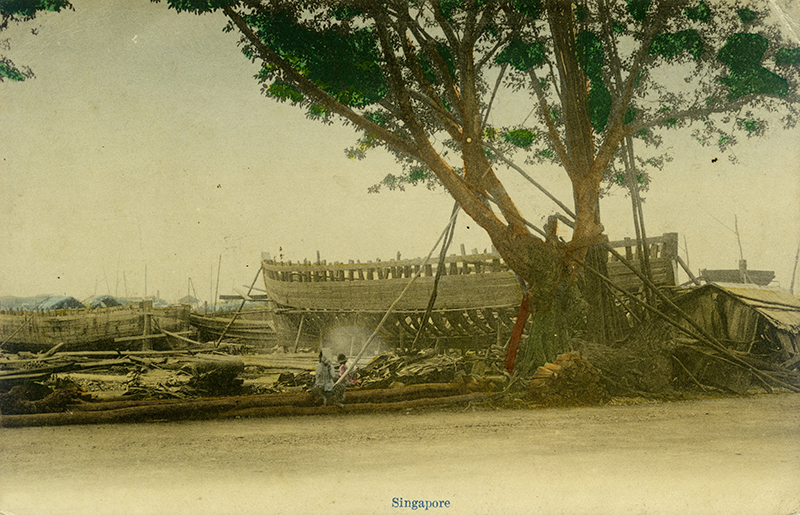 This is a collection of postcards dating back to the 1840s. The Singapore riverbank has been one of the most dominant features in postcards from Singapore since the 1840s.

The oldest postcards reveal the riverside landscape before the reclamation of the Singapore river, formerly a mangrove swamp.  After reclamation, the postcards show the rapid development of entrepot economy, and also becomes a document of how colonial engineering “fixed” the tropical landscape. A rash of ships and sampans fills the waterway, and spreads into the mainland in the form of colonial architecture and civic institutions.

Closer to the present, the river develops into a skyline, and adopts its now familiar touristic quality: skyscrapers grow from the colonial landscape. The desert-like landscape in the horizon is also visible. This is due to the result of modern-day reclamation efforts, which began in the 60s.

It’s easy to miss one of the most striking features of these images. A single patch of greenery, a massive Banyan Tree overlooking the river, has been spared for what some arborists believe to be almost 200 years. 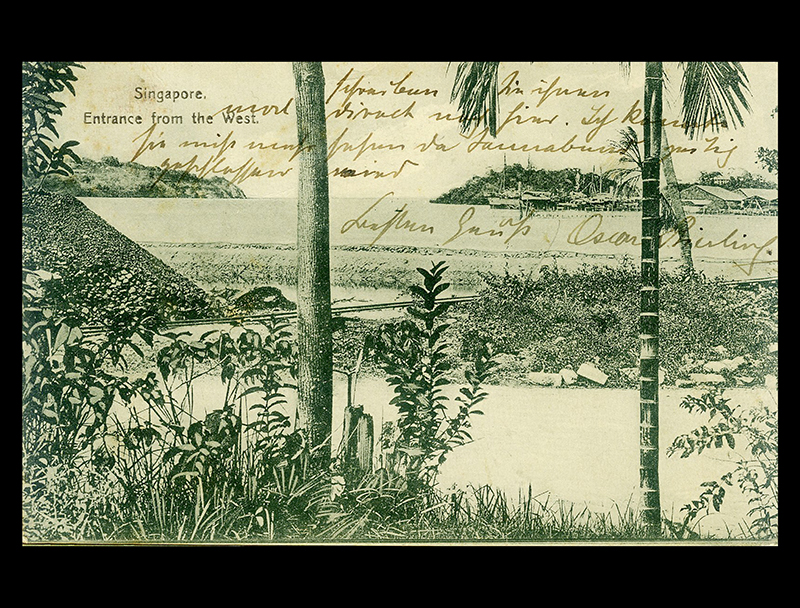 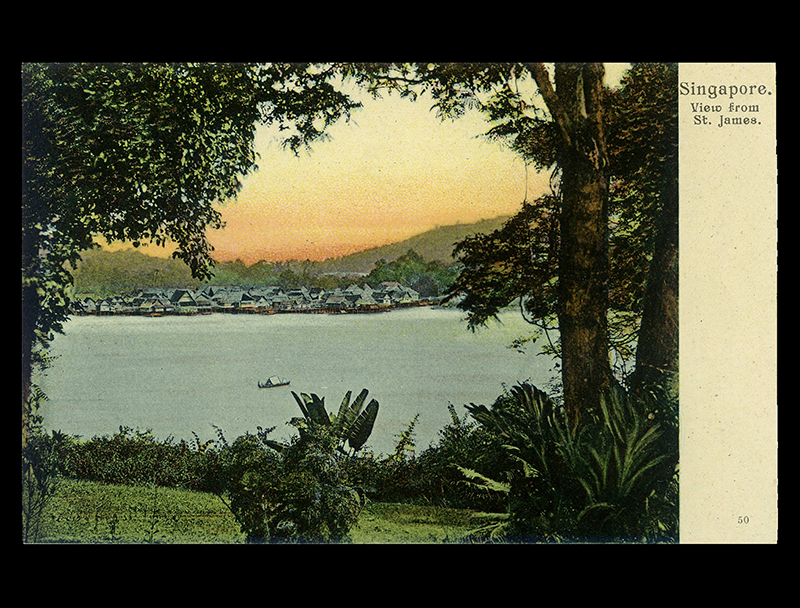 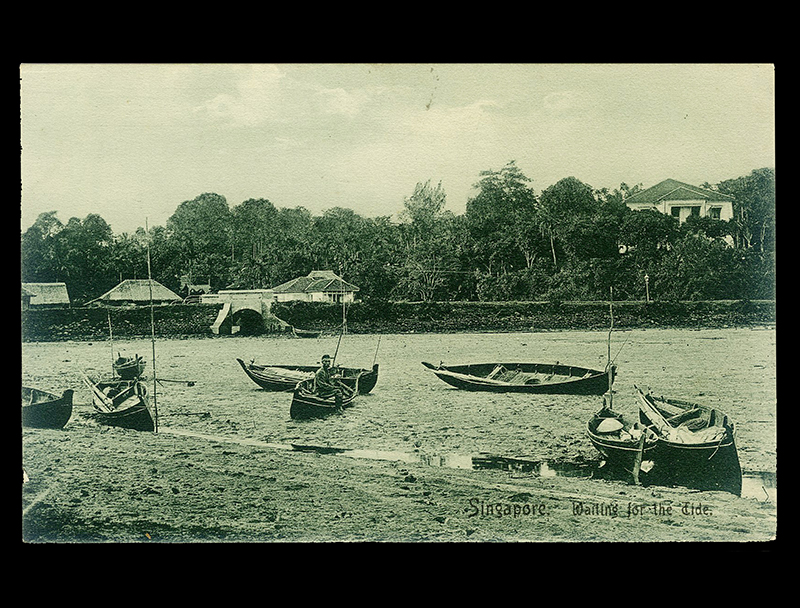 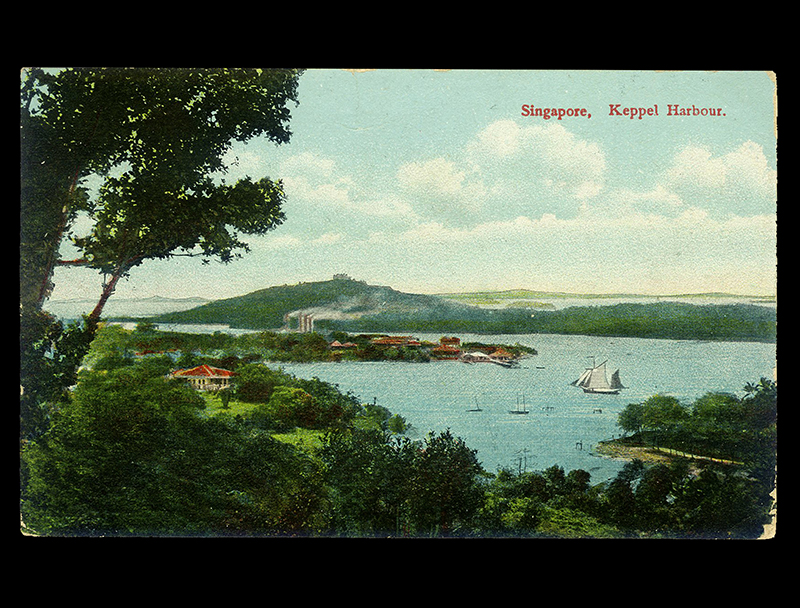 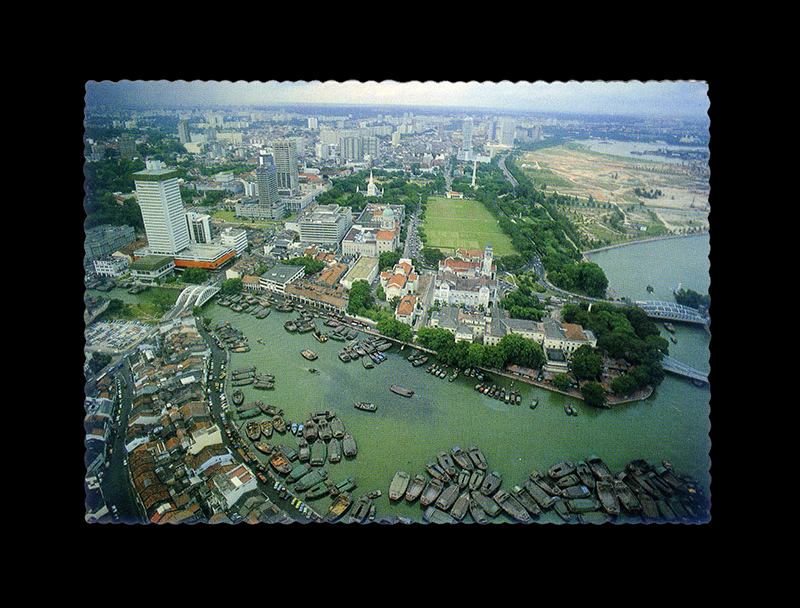 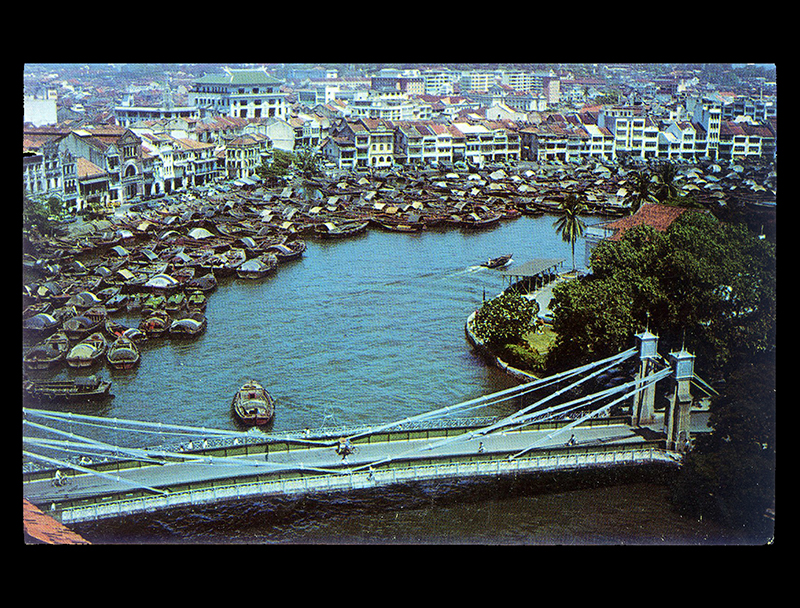